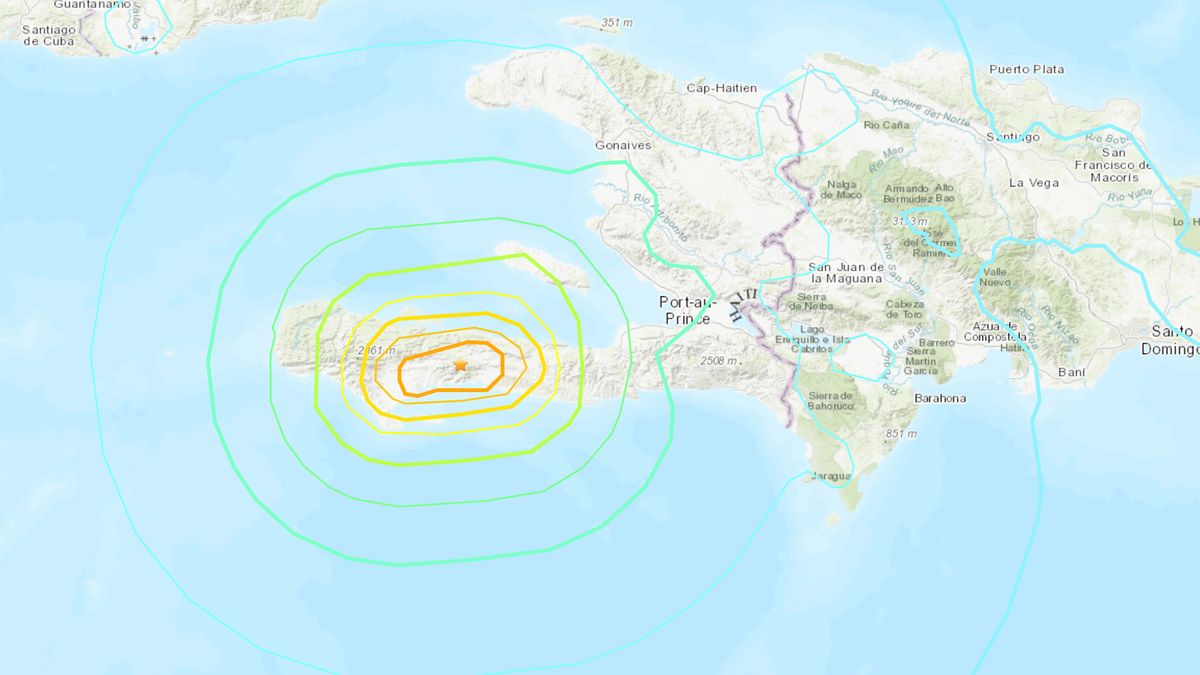 More than 200 people have died after a magnitude-7.2 earthquake struck Haiti on Saturday (Aug. 14), rocking the capital city and also causing extensive damage, according to the U.S. Geological Survey and news reports.

The massive temblor’s epicenter was about 5 miles (8 kilometers) from a city called Petit Trou de Nippes, and about 77 miles (125 km) west of the capital, Port-au-Prince. Shaking could be felt as far as Jamaica, roughly 2,000 miles (3,200 km) away, The New York Times reported.

Earlier today, the USGS said that “high casualties are probable and the disaster is likely widespread.” Now, according to CNN, more than 227 people are thought to have died in the quake, with one hospital in Jérémie, a city in southwestern Haiti, reporting an overwhelming number of patients.

In 2010, a magnitude-7.0 quake struck the capital, killing approximately 200,000 people and destroying much of Port-au-Prince. It has taken years for the country to rebuild after that quake.

Haiti sits near the boundary between two tectonic plates: the North American and Caribbean plates. The North American plate is creeping westward at the boundary at about 0.8 inches (20 millimeters) per year, according to USGS. Much of this slip is accommodated by a network of faults that snakes through the island of Hispaniola, where Haiti is located. The current quake, as well as the devastating 2010 quake, both struck along one of the southern faults in this network, known as the Enriquillo-Plantain Garden Fault. The most recent quake, however, was likely caused by lateral-slip, where one side of the fault slides past the other side, whereas the 2010 temblor was caused by thrust on a different portion of the fault, where one portion of the fault moves vertically relative to the other, according to USGS.

© Provided by Xinhua People in Afghanistan are looking for the return of peace and normal life amid a period of uncertainty.KABUL, Sept. 1 (Xinhua) -- … END_OF_DOCUMENT_TOKEN_TO_BE_REPLACED

Tim Cook   BBC: Apple Chief Executive Tim Cook has received more than five million shares in the technology giant, as he marks 10 years in the … END_OF_DOCUMENT_TOKEN_TO_BE_REPLACED